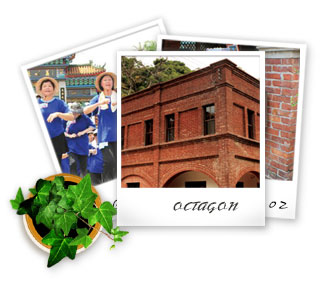 It was originally called Dahukou or Dawokou, and Hukou is an abbreviation of these older names. Located at the border with Taoyuan County, if is a town on Hukou Plateau in the northwest of Fengshan. As the Hsinchu Science-based Industrial Park is located in the country, it promotes industrial and commercial development around the country. Many tea farms have survived on the plateau. Hukou Old Street is a famous attraction for historical monuments. The central-cross railway line has set a station in Hukou, and the cathedral located at the corner of Hukou Old Street was the old railway station. After the railway station was moved to Hsinhukou in the west, the prosperity of Hukou became history,except the street scenes left for people to remember the glory in the past. Today, tourism and rural renewal have brought a second chance to old Hukou.